C4MMY said:
Hardly anyone is gonna turn up 45-30mins before kick off and stand about in the cold with extortionate kiosk prices for a shite product when they can have another drink in the pub and rock up 5 mins before kick off
Click to expand...

Exactly, never going to happen until the basics there are sorted out. Plus there would be nothing left by 20 mins into the game. I don’t see why they don’t look back into selling alcohol on the build up, half time and full time and only able to consume it in the concourse same as England. What’s the difference between that and folk ramming as much bevy down there throat before hand and then sneaking bottles into the game.

Bounce Radge
so basically it is all about alcohol???

Would defo entice more people in I think, surely more money in house is better than 1000s of people going to pubs around the ground?

Some folk meet up in hospitality, in restaurants and in pubs pre match. It's where they feel comfortable in.

There's no incentive even for those going directly to the match and meeting friends in the ground to turn up early.

It's basically about meeting up with friends.
Space to let​

Scottish no british, ya radge

hibeeshug said:
just throwing it out there, is a big part of the problem to do with people arriving on mass with just a few minutes until kick off?
Be interesting to see by way of poll/stats what time supporters start to arrive at ground? Guess quite a few try to squeeze as much 'drinking' time as they can before kick off.
So instead of blaming technology or the lack of open turnstiles, fans should give themselves plenty time to get in and seated for the start.
Click to expand...

I was there 25 mins before KO and the queues were already massive, plenty people turning up in plenty time and still taking ages tae get in. If the system wisnae shite people would get in nae bother.

I turned up in plenty time for the cup replay as well and ended up standing in a queue at the ticket office (along with a lot of other people) because the system was shite then as well, so much for buying online tae save standing in ticket office queues. 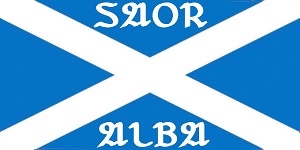 No I do not drink. I give 15-20 mins to get in, yesterday just made kick off. And as Jack says its about friends, hibs family and not even in their house until just about KO

Bounce Radge
I was in the ground about half past 2, with nae problem, so it must have gone haywire just after that.

moathibby said:
I was in the ground about half past 2, with nae problem, so it must have gone haywire just after that.
Click to expand...