Bounce Radge
In a similar vein to the Berlin thread - I'm taking my 11yr old daughter tomorrow. Any top tips/recommendations?
Get busy livin', or get busy dyin'...

Admin
Drink in the gay bars, its cheaper. Even for one pint.
nil satis nisi optimum

aggie said:
In a similar vein to the Berlin thread - I'm taking my 11yr old daughter tomorrow. Any top tips/recommendations?
Click to expand...

Take plenty money!
What sort of things are you/she interested in doing? Its a very nice city but expensive.
Bitterness is like drinking rat poison then sitting waiting for the rat to die...

Bounce Radge
The promenade area beside the admiral hotel is terrific. Steps leading down to the water and nice water to swim in, expect it’ll be pretty hot right now? Also the park about 1km up the road where the royal palace is is also lovely for chilling and picnics. Tivoli gardens obviously.

Love Copenhagen, think it would be the European city I’d move to if I could.

Bounce Radge
Reffen is worth a visit. Great, reasonable street food and a great vibe generally. 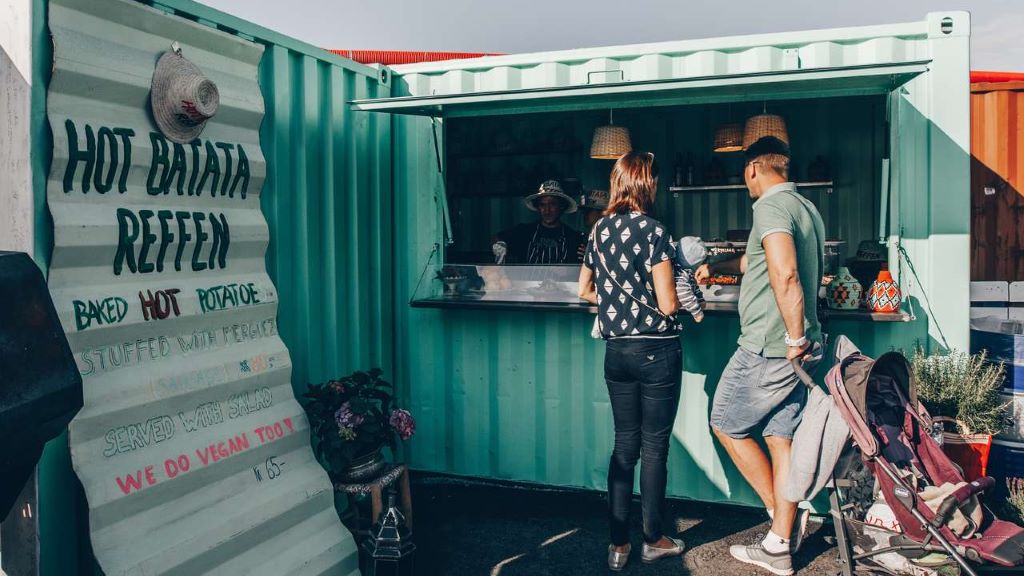 Reffen is a Street food market on Refshaleøen in Copenhagen

Tivoli gardens is in the centre of the city, not far from the station, and you can't miss it. You could spend a day there if she likes theme parks.

Netto boats go from Nyhavn (picturesque in itself). If you want to see the Little Mermaid, the Opera House and the canals from the water, it's a good shout and Netto are good value at only about 6 quid per person.

The Salt Bar, near the harbour and Opera House is nice to sit outside and grab a drink or something to eat.

Christania is the hippy area of Copenhagen that is fascinating to see as an adult but not sure whether it would be suitable for a young child.

Palace is free and worth a visit. Grounds are nice.

Hard Rock cafe is managed by a Scotsman. If you go in and he's on Duty you get special treatment- the staff are asked to let him know if Scots are in and he comes to serve you himself.

The pedestrian precinct near the Dubliner Pub is where we assembled en masse in 2016 for the Brondby game. The second best party of all time for Hibs fans. There's a fountain that was bubble bathed for days on end...

I did a wee bit looking at stuff related to Nils Bohr at the university but that's just because I'm a chemistry geek.

If you're there a few days, hop on a train over the Oresund bridge to Malmo. That's what we did for the Malmo away game in 2013. Easy and worth a wee trip if you've time.

Get the train into Copenhagen from the airport. It goes directly to the central station. Not expensive, regular and reliable. It's the same line that goes to Malmo in the other direction.
Bitterness is like drinking rat poison then sitting waiting for the rat to die...

Bounce Radge
Brilliant, thanks all!
Get busy livin', or get busy dyin'...

Quite a bit past it radge

Keep your eyes peeled for 'Lee Wallace is a Grass' and 'Warburton's a fanny' stickers, which will be found in many bars.

Bounce Radge
Fantastic city stayed there twice on Hibs duty, not much to add to above but have a great time and don’t hold back on the pastries
until the sky turns green

Bounce Radge
Cheapest bar I found was Ricks bar. Was about €4 a pint.

Not far from Scottish pub also.

Will stream any sport for you too.

Last Of The Summer Wine Radge

Sir Shrink said:
Keep your eyes peeled for 'Lee Wallace is a Grass' and 'Warburton's a fanny' stickers, which will be found in many bars.
Click to expand...

Not sure the stickers were made before my banner was unveiled over there.

Last seen when handed over to the Scottish national football museum at Hampden.